Intermedia explores possibilities of counterpointing film, audio and visual elements. We hope to invite artists, researchers and media practitioners to explore how to layer various mediums in relation to their practice. 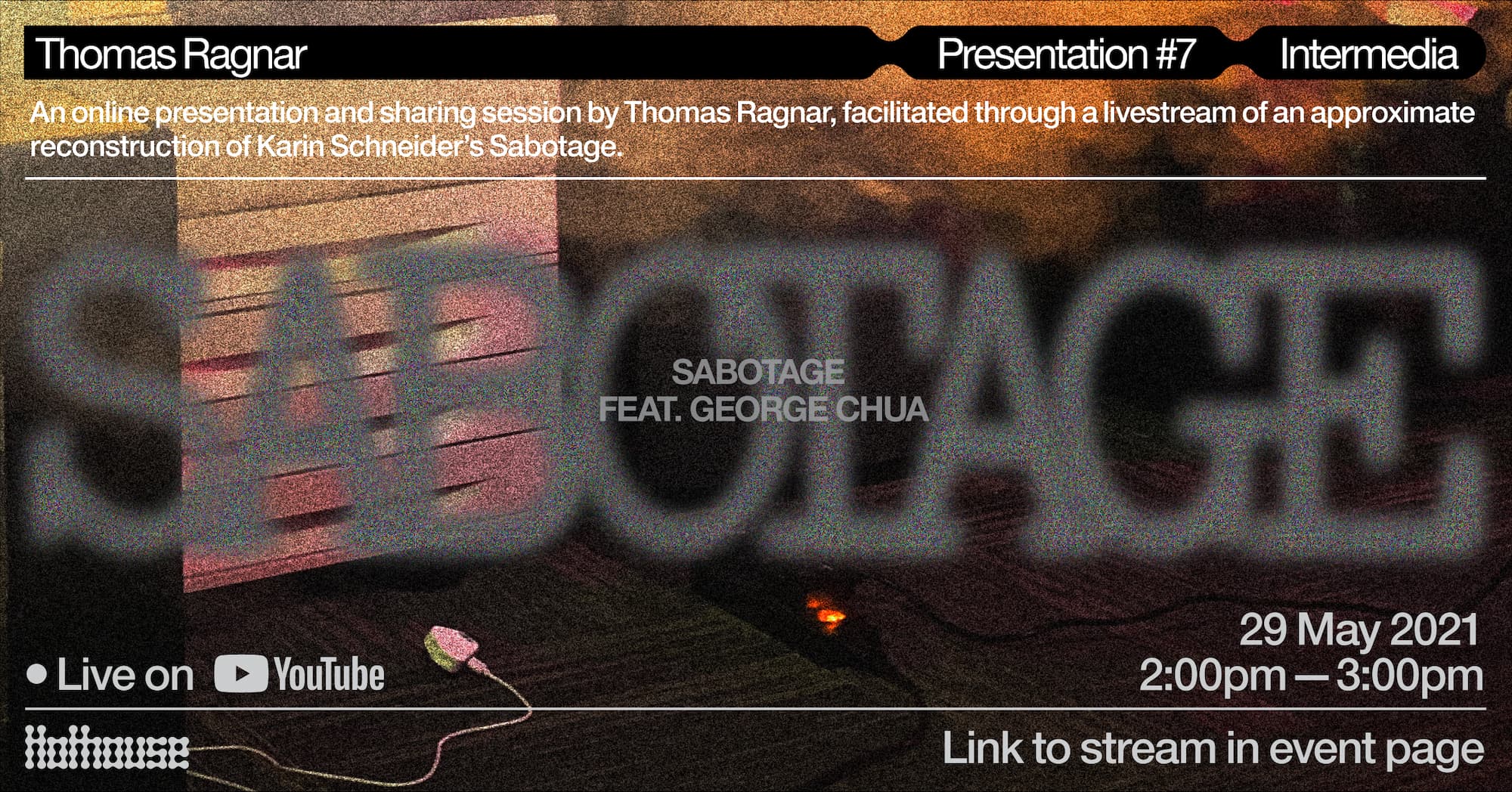 Thomas Ragnar presents an approximate reconstruction of Sabotage, a serial work by Brazil born New York based artist Karin Schneider. It’s presentation at H0thouse represents one part of a long-term friendship and research engagement with Karin and her practice.

At 2pm on Saturday May 29, H0thouse will be filled with smoke and sound, watch via live stream.

Thomas has invited George Chua to play improvised music in the smoke on May 29th.

Active since the late 1990s, George works in between the body and sound. He resists the development in a singular style or genre, instead moving toward contemplative prayer and uncompromising music.  His work is framed by his interest in the interdisciplinary nature of sound and its extensive relationships with memory, invisibility, the body, theatre and cinema. Recently, George has been developing collaged images and digital paintings with different forms of smoke.

You can listen to a recent mix by George on HKCR’s Dead Inside Podcast and listen to him in conversation with Ujikaji’s Mark Wong on Kiosk Radio where he discusses media wars, miracles and  Punggol in the 1980s.

On May 29, H0thouse will be filled with Smoke.

One of Thomas’s contributions to H0thouse is an approximate reconstruction of Sabotage, a serial work by Brazil born New York based artist Karin Schneider. It’s presentation at H0thouse represents one part of a long-term friendship and research engagement with Karin and her practice.

Enacted four times since 2005 by Karin Schneider, Sabotage is drawn from an effort to erase the visual field within various spaces and contexts of arts’ display, dismantling and playing with certain habits of viewing. Sabotage involves running a smoke machine inside an exhibition space and running it until the works on view, and the space itself, disappears (elsewhere described as “mono-chroming space”).

Historically, the work is produced using the smoke machine model Eliminator EF1000 (an allusion to Robert Smithson) and each enactment is accompanied by improvised noise music.

From the initial press release accompanying Sabotage’s first installation at Orchard: “Sabotage introduces a significant artistic departure from now historical models of criticality. In its embrace of noise and other nonrational and tactile forms of experience, Sabotage invites another avenue for the withdrawal of the visual conceptualism once aspired to through perhaps more rational and transparent means.”

Etymologically, ‘sabotage’ derives from ‘sabot’ — wooden clogs worn by French working class from the sixteenth to nineteenth centuries. During the first Industrial Revolution, they regularly inserted their sabots into factory machines, damaging the operating mechanism and interrupting production.

This presentation of Sabotage is marked by concurrent discussions Thomas is having with Singapore based artists in developing alternative economic platforms for supporting the production of artworks ahead of a cooperative fund that will be launched publicly in June.

Thomas’s presentation of Sabotage is an experiment in bringing a historical work into the present through approximation and reenactment. An expression of Art Historical research that authorises and legitimates findings from ‘experience’ and production. Studying a work of art by doing.

Video documentation of Sabotage’s 2005 showing is viewable in-full at ortvi.com - a share economy and streaming platform for artists moving image.

Sabotage has been activated at Orchard’s inaugural exhibition (2005), for Grey Flags at SculptureCenter (2006), at CAPC Musée d’art Contemporain de Bordeaux (2007) and as the closing event of the Wattis Institute’s research season on David Hammons (2017). 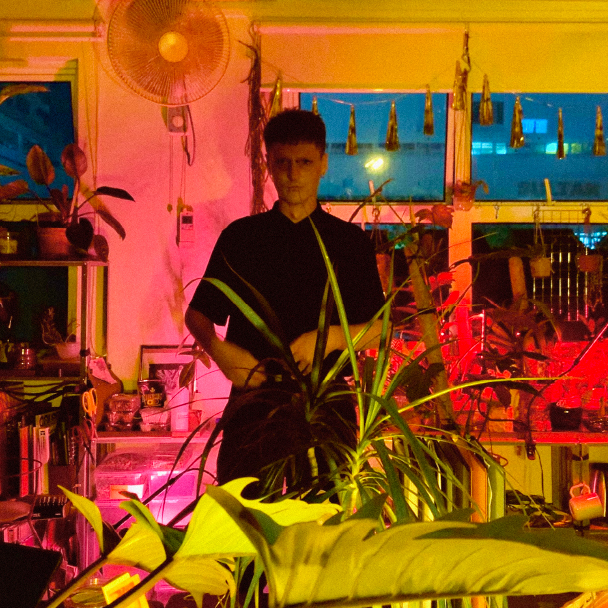 Thomas Ragnar (OD.) is based between Singapore and Melbourne and works with artists in the development of artworks, events, contracts, publications and other types production. He is currently an MA candidate in Curatorial Practice at NTU’s School of Art, Media and Design and the Centre for Contemporary Art where he is developing a paper on the relational and procedural conditions and governance arrangements of the forthcoming Documenta curated by ruangrupa.

Other present frames of art historical research include Rosebud, an art and psychodrama group founded by Sid Forsey and Geoff Lowe (1982 → 1994, Melbourne) and the practice of artist Karin Schneider (b. 1970, Brazil).

Currently he is developing projects with Zhiyi Cao and Chong Lii of Live Creatives Show for Supernormal (SG, 2021) and Joel Sherwood-Spring for PARI (SYD, 2022).